Name: Economic Impact Breakfast - 2019
Time: 8:30 AM - 10:30 AM PDT
Registration: Pre-registration for this event has been closed. Please join us at the venue to register at the door 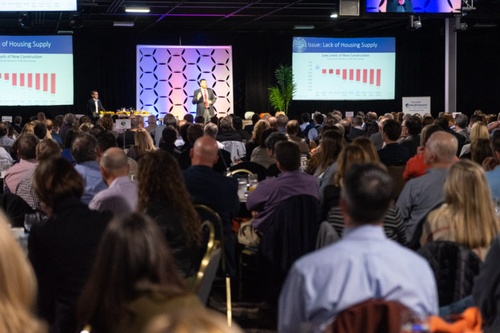 Event Description:
As of 2019 we are in the longest period of economic expansion in U.S. history. But, in the same year, the yield curve, a reliable indicator of an upcoming recession, inverts and sends a warning sign through world markets, at least for a brief moment. So what’s coming down the pipe?


On October 31, the Bend Chamber, along with PacficSource Health Plans and Brooks Resources, will present the 2019 Economic Impact Breakfast. The keynote speaker, economist and renowned news media contributor Lindsey Piegza, will look at the pace of our economy and what it means going forward for overall growth, interest rates and monetary policy. She will cover trends in consumer behaviors and in the manufacturing sector, in addition to new Federal Reserve policy initiatives and potential economic effects of these changes. Ms. Piegza will also share her perceptions on economic growth in the U.S. as a whole, its effects on interest rates and how Central Oregon businesses can try to see the road ahead.

After years of rapid economic expansion in Central Oregon, the slowing of the regional economy became widely evident in 2019. Although the economy continues to grow, the slowdown feels like a radical shift from our previous trajectory. Damon Runberg, Regional Economist with the Oregon Employment Department will discuss the factors leading to this recent slowdown and the ramifications of slowing growth on job seekers in the context of our relatively thin labor market.

The Bend Chamber is actively supported by these Signature Investors